how is it possible to look at someone and say you know her better than she knows herself? isn't this a little presumptuous....unfair....insulting.

i could write more about this, but words are having a hard time coming today.
Posted by K at 11:50 AM No comments:

there are no mistakes.
Posted by K at 6:06 PM No comments:

the holes story, part one

i occasionally write fiction. i used to write poetry, but not much anymore, except for sonnets. incidentally, i have written about 40 sonnets since january 2005, when i started writing them in statistics class. this is the first piece of something i have in progress at the moment.

when we were kids, we used to dig up these holes in the back yard and fill them with everything we could think of: sticks, rocks, old plastic cars, a coffee mug, mom's jewelry--one time we even killed a sparrow just so we could bury it. dad always yelled at us for tearing up the lawn, but he said he'd really have our necks if we tried anything stupid like that in the front, and mom always wondered absentmindedly where her stuff had gone, but she never seemed to catch on, so we kept at it, until i was eleven and my brother was almost ten.

we had another brother who was twenty-six that year. he lived in indiana where he'd gone for college, and he only came to visit for christmas and one week in the summer. he had a girlfriend named christi who we all really liked, and mom would ask when they were ever gonna get married. dad just kind of rolled his eyes and drank his beer, or soda after he found Jesus.

it wasn't really accurate to say dad had found Jesus, or even that Jesus had found him. but he stopped drinking alcohol, ever, even though he'd never been a really heavy drinker, and started invoking His Holy Name at every occasion.

"Jesus, Marge, why don't you leave those poor kids alone? they'll get married when they're ready."
"what the hell are you doing with my gas can?! Jesus Christ, d'you wanna light the whole house on fire?"
"i stopped drinking, but i might have a glass of champagne at the wedding. Jesus never turned wine into water."

things like that. sometimes i would wonder if every time dad said Jesus' name, it was a prayer, calling on Him for help or patience or to smite us goddamn kids. sometimes i hoped so; even with the latter, it seemed less blasphemous that way.

but the reason we stopped digging holes was, that summer something terrible happened.

they must have told my older brother first, because that was my first clue. he came for his week in the summer, but when the week ended, he didn't go back to indiana.

i pushed him in the shoulder to wake him up. "Jim's still here," i whispered.

my brother rolled over and groaned, trying to ignore me. "so what?" he muttered.

"so something must be wrong," i told him, trying to make my voice as urgent as possible.

he groaned again. "can't it wait until morning?"

i glanced up to note the distinct yellow glow of the room. the sun was sitting in the low branches of the tree outside my window, beaming like sleeping cats were tugging at it from all directions. it must have been about 7:30.

"it is morning," i insisted. i knew i wouldn't be able to get back to sleep. Jim was still here, and something was wrong.

"go find out yourself," my brother suggested, as Jim walked through the hallway and down the stairs.

but i was scared, and i didn't want to go by myself. i went back to bed and laid awake for another hour, turning over again and again, until my brother finally knocked on the door, yawning and stretching, and said he figured it was time for breakfast.
Posted by K at 10:54 PM 1 comment:

Labels: fiction, from paper or elsewhere

i was getting worried because i thought someone had synced the clocks, and that was going to be scary. but it turned out to be just the two in this room, and one of them doesn't really make noise anyway. there is a place in my house where you can stand and hear three different clocks ticking . . . it scares me. time is my archnemesis. there is nothing worse than when you are with someone and you want it never to end but there is a clock, and you can hear the minutes ticking by . . . i had something else in my brain but now it is gone. this is happening to me alot tonight. i was trying to write an email but i lost something important i wanted to say. oh and i was going to tell you all something about myself but i forget what it was. my brain . . . i have a pen garden and a red plastic rose and they make me feel special. not to mention the pen garden may be the coolest thing i will have in my room this fall . . . mostly because of the whole writing thing. i was writing a short story a little while ago but it's going very slowly and i'm having a hard time with it. i write about a paragraph every week and a half, or something like that. i know what's going to happen; it's the specifics that are hard. and my wrist hurts . . . i probably did something to it at work. grr. being a cashier is hazardous. especially today . . . i spent six hours at work that felt like ten. then i was invited to a lesbian karaoke bar, and i wanted to go but i just couldn't tonight. i'll probably never get the chance again. the thing is i think this girl is the shit . . . i would never go out with her, it's not that kind of thinking she's the shit, but more the way i'm intimidated by certain kinds of people. and then she was being nice to me and i thought she didn't like me. so that was kinda cool . . . it was a little funny cuz i saw her, i guess she came in to pick up a check or something, and i thought it was a dude and then i realized, Oh, it's her, and it made sense again. and my bumper sticker knowledge has been expanded. i want one of those now. so much more subtle than rainbows, i think. if i can't figure it out?....but i'm not too quick sometimes, so i shouldn't use that as the standard for anything. dammit, what was i going to say? i like music. that wasn't it but it crossed my mind because i saw "dammit" and then i thought "blink-182" and then i thought "music".....i think that song was on the first batch of crap i stole from geri a couple summers ago . . . wow. that was a project. i got a bunch more this summer but i haven't burned it to cds cuz i just put it on the ipod . . . oh, yeah, by the way, i have an ipod that i use because i have it. but i like cds. and i plan to continue buying them. i'm also a musician which tends to make me think that stealing music is bad . . . it depends on the music, and the stealing. i did burn "steal this album!" by system of a down, because they told me too. the other night i had a dream that my dad died. this is the second time this has happened; the first was exactly a month before. it kinda freaked me out.....

last night i went out with my two best friends and it was strange, because of other things that have happened that i don't feel like sharing with you yet. not knowing who you are and all. i want to write about that on paper but i haven't gotten to it yet.

there was something that was really in my head alot and i wanted to write about it in an email and in my paper journal but i cannot remember what it was! sometimes i dislike contractions. it isn't so much that i dislike them, as that i think it is fun not to use them occasionally. i also enjoy stringing bunches of big words together as often as possible to make my sentences more interesting, but i think it confuses people more often than not. actually they usually laugh. she always laughs. <3

if you want an essay with structure, wait. it will happen later. but for now, this blog is not for you.

i have aspirations of changing the political scene. but there is no way that's going to happen. at least, not here. not yet. i need to register to vote, because i can do that now. tonight in the car it occurred to me that i can do things like say i'll go to a lesbian bar, and go, because nobody can stop me. and i realized that i'm 18 and suddenly felt about 3 inches taller. it was interesting. just short of empowering. exhilarating. which i think i always misspell. always think i misspell? hm.

i think i might consider going to sleep, sometime. the time is always going to be the time i started typing. but i've seriously been working on this for about fifteen minutes. just to keep you informed. if you exist and are reading this. which you are probably not. at least not at the moment.

my feet hurt from standing on them for 8 hours today. i wish people would learn how to read.

see, we have an illiteracy problem in this country. the people who find it mentally impossible to see letters, symbols on a page, and translate them into words are one thing. that's not always their fault, although it is a deplorable condition and really says something about society. but the bigger problem is people who can read and choose not to.

i don't even mean picking up trashy magazines and looking at the pictures instead of reading a book. i mean simple things like seeing a self-serve credit card reader at the supermarket and not bothering to follow the instructions, thereby frustrating your cashier and holding up the line because you're too dumb to look where you're supposed to look and read. if you honestly don't understand what it's saying, ask me a question. but if you just didn't bother....please get out of my line, and my gene pool.

or people who don't read street signs and are then surprised when their lane goes away. forget voting; we need literacy tests to get your driver's license.

in case you hadn't noticed, one of my biggest pet peeves is ignorant people. expect more of this, on various other more specific topics.
Posted by K at 10:11 PM No comments:

in a few words 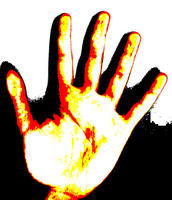 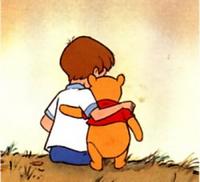 things to play with.....should i ever need pictures for anything.

by way of introduction

haven't had a website in a long time, thought it might be time to try again. i have no plans as of yet. fiction/poetry as they become available. semi-ignorant political rants. things like that. hopefully it won't get too personal. personal websites can be dangerous.
Posted by K at 11:30 PM No comments:

Last updated August 2018.
I am a queer, genderqueer, femme-identified, spiritual atheist scientist. I grew up white, Catholic, and middle-class in the suburbs, have a master's degree, worked full-time in my field for seven years, and am now seeking a Ph.D. I married and divorced an abusive partner by age 30. I am older sibling to an person with autism, recently contemplating my own neurodivergence, and intending to build a career researching language development in autism. I am a cat person who grew up thinking I was a dog person.