what i should have said

to the 14-year-old kid who thought he was being clever when he yelled down the street after me today, "are you a man?":

so terribly true.
Posted by K at 11:41 PM No comments: Links to this post

on september 2, 2007, i shaved my head. it was something i’d been thinking about doing off-and-on for a long time, and it finally happened, almost on a whim, but by no means accidentally. this has become an even more amazing experience than i expected it to be. the first week or so was by far the most impressive part, but it continues to give me reasons to pause.

the first thing i really noticed about it was that, walking down the street, i felt i had the right to look at anyone, however i wanted to. part of this may have been that i assumed they were looking at me too, which may or may not have been a fair assumption. many of them were, but all of them probably were not. it was an interesting sense of empowerment, and i’m not sure exactly what caused it.

before i shaved my head, i had my hair cut in a short, boyish style—or i should say, i thought i was in the process of growing it out from a short, boyish style. several people told me after the fact that they thought i looked more feminine this way. i think i agree with them. i’ve been rather genderqueer for some time; i like to mix & match traditional gender roles until i find a set that fit. i was surprised to find that i felt and probably acted more like a woman in the first week, and i might still. i haven’t felt as strong a need to express my boy side so visibly. perhaps doing something so far from the norms of femininity helped me to reclaim it, in the sense that my ideal of womanhood is an identity that allows me to express it however i see fit.

it may be cliché to note a sense of freedom from my body or from worldly attachments, as it were. hair is so important to so many people, especially growing up as a girl, and to get rid of it is also a very important act. a friend described it as “a shedding type of ritual... letting go of some old beliefs about yourself that no longer serve you, etc. The cutting of hair is very symbolic, and your extreme cutting says to me that you are finally in a place of stating loud and clear (to yourself as well as others) that you are clearing out the old and moving forward” . . . her ideas resonated very clearly with me, although i couldn’t tell you what the old beliefs are, unless this symbolic action is very delayed with respect to the concepts it represents. i can remember times when cutting my hair very definitely meant getting rid of the old and preparing to move forward, but this time . . . this time may have just been for the sake of moving—something that always thrills me.

the part that has struck me most is this: before, every time i would start to think seriously about shaving my head, i’d run into someone i knew who had just done it. of course i couldn’t do it then, for fear that i’d be following a trend (or that people would think i had only done it to follow a trend). when it finally happened, i decided i needed to stop caring or i was never going to do it. i still didn’t want it to be part of a trend, whether i chose to do it for that reason or not. surprisingly, once i had done it, i was excited to meet other women who had shaved their heads. there’s a sense of community there, of shared experience. instead of hoping few people do it, i want to encourage others to do it, to share in this amazing experience. i think everyone should try it once in their life, because it really does change you and make you reconsider a lot of things.

i hope that it will continue to affect my experience, to cause me to change and to reconsider.
Posted by K at 10:45 PM No comments: Links to this post

this is just cool.

alright, now that that's done with. it's been almost a week and i haven't updated and that means i'm about to make up some stuff that i think might be worth reading.

maybe you'd better just check out the link at the top.
magnetic poetry says:
"make green garden
an eternal fire"
this is what's hanging over my desk: 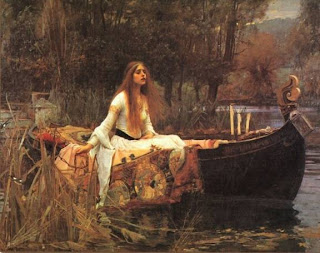 and this is what i've been downloading recently: 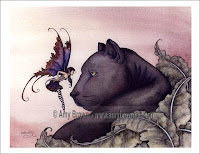 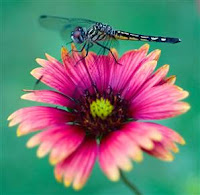 since honesty should never be constrained,
i’m left with no recourse, you, with no fault.
how dare i blame you, though you cause me pain?
this is the most permissible assault
upon my heart. your words are sharp as swords,
although your blows are dulled by honest care
(or so i hope). your dignity affords
me naught in self-defense. is this unfair?
a blade knows not if striking flesh or stone
until its victim does or does not yield;
and even then, it may not see its own
response: to wit, should such a hurt be healed?
no wrong’s been done, but give my hurt a name!
the guilt will lie with me for placing blame.
--9/11/2007

today it rained for the first time since i shaved my head. that was pretty awesome.

someday i will sit down and actually write about this experience, and find the right words for what exactly is so special about it. i shaved my head a week ago, and it sounds corny but i do believe i have changed. i wish i knew how or why. someday when i have energy and time for it, i will write about it. i keep meaning to do it, but i have a lot of things i keep meaning to do. i should make a list. that doesn't belong to the internet though.

i am sleepy and i have an early meeting. i will go to bed now, i think.

i've made my feelings for you abundantly clear, and though i don't feel the need to continue doing that, they have not changed.

wyep tonight (local npr, effectively) is driving me up the wall. a band called White Rabbits playing a song called "Sea of Rum." and now i don't even know what i'm listening to but it goes:

"i loved you, and you loved her, and i sort of loved her because i love everything you love"
"i don't know why i love you, but i do....i really do....and it doesn't do me any good, in fact it does me bad."

it took the second repetition of the chorus for it to hit me. this girl has a really cute voice, also.

Starlee Kine? we'll look it up.

Posted by K at 7:31 PM No comments: Links to this post

so i found myself in a best buy yesterday and ended up buying two cds, "absolute garbage" (i like the first half better than the second half; what is it that makes hardcore female rockers go soft later in their careers?), and joni mitchell's "blue." i saw it on the shelf and thought, "this is going to change my life," and i bought it.

i am rapidly falling in love with joni mitchell.

extra points if you find all the places i put joni mitchell lyrics on the internets tonight.

Born with the moon in Cancer
Choose her a name she will answer to
Call her green and the winters cannot fade her
Call her green for the children who have made her
Little green, be a gypsy dancer.
.....
Just a little green
Like the color when the spring is born
There'll be crocuses to bring to school tomorrow
Just a little green
Like the nights when the Northern lights perform
There'll be icicles and birthday clothes
And sometimes there'll be sorrow.
.....

in other news....first week of classes went well. thoughts on the fall color scheme? maybe it will bring autumn a little sooner. the lunar eclipse the other night was magnificent on a level i can't quite label yet. yesterday was...so many adjectives. i am presently, so many adjectives.

Posted by K at 8:17 PM No comments: Links to this post

Last updated August 2018.
I am a queer, genderqueer, femme-identified, spiritual atheist scientist. I grew up white, Catholic, and middle-class in the suburbs, have a master's degree, worked full-time in my field for seven years, and am now seeking a Ph.D. I married and divorced an abusive partner by age 30. I am older sibling to an person with autism, recently contemplating my own neurodivergence, and intending to build a career researching language development in autism. I am a cat person who grew up thinking I was a dog person.